The Fedora KDE SIG brings you all the new and cool stuff from KDE Frameworks and Plasma Next worlds!

First, our Copr repository with KDE Frameworks has been updated to 4.99.0 release, so go get it! All frameworks are co-installable with KDE 4, so you can develop against KF5 without needing any special setup. Also KDE Frameworks 5 were approved as feature for Fedora 21, which means that in next Fedora release, we will ship all Frameworks in the Fedora repositories! There are already some packages imported into rawhide, the rest will follow in next weeks.

And now for the awesome news: we have a live ISO with Plasma Next preview! 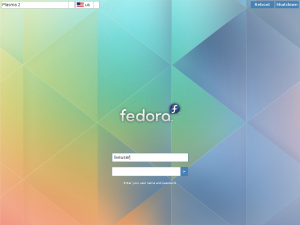 We packaged as much as we could (but still not everything!), including Rekonq, Dolphin, System Settings, Baloo, Milou and more - all built against Qt 5 and KDE Frameworks 5 of course.

Download Fedora Plasma Next Live ISO or get it via torrent. 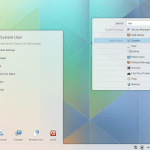 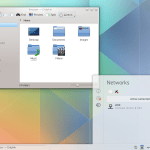 If you are really interested in trying locally, you can check out all the additional packages from kde-frameworks-unstable and plasma-next COPRs, but remember that all packages from those repositories install to /usr, so you will get conflicts with KDE 4 packages. 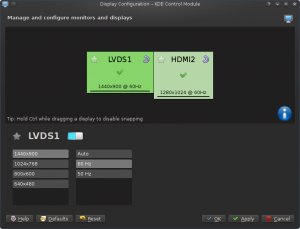 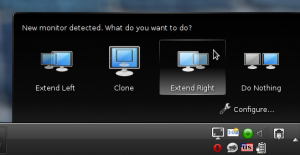 This semester I attended Advanced Topics of Linux Administration course on my university. To successfully complete the course, one must pass an exam, have a presentation and write an article on a related topic. I had a presentation about libvirt and decided to write an introduction into using libvirt's API (the article has been published (in English) on Czech Linux portal ABCLinuxu.cz).

As an example, I have written a Plasma Applet in QML (yay, my first QML thingie!) and a Plasma DataEngine that serves data about QEMU/KVM virtual machines running under local libvirtd.

On the applet you can watch state of all virtual machines, you can boot/pause/resume/shutdown and reboot them and configure soft and hard memory limits and amount of virtual CPUs allocated to each machine.

I must admit that I was always a bit skeptical about QML, but my two previous encounters with QML made me really curious about it and writing this applet was really fun and it taught me a lot about QML.

The big advantage of the DataEngine is that it's not constantly polling libvirt for changes, but it rather utilizes it's events API.

It was fun to hack and I plan to give it some more love, possibly after Akademy.