Let me start by annoying you with some pictures: 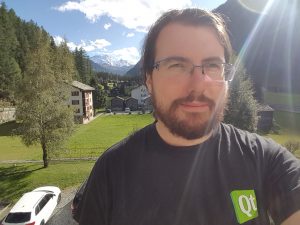 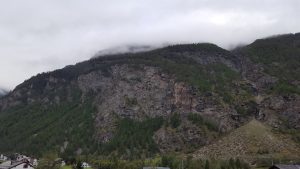 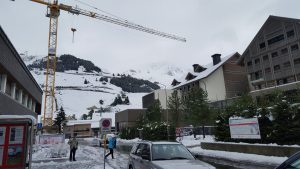 And now for the serious part: in my last blog post, I talked about achieving our main goal for this year's Randa meetings - we successfully ported the entire Kontact away from the obsoleted KDateTime class. Since we finished this on Thursday, there was still enough time left to start working on something new and exciting.

Volker and Frederik went on to work on a KWin plugin to simulate various kinds of color blindness which will help developers to see how visually impaired users see their software, I did a bit more code clean-up after the porting and a bit of code-review.

On Friday morning Volker and I discussed search in KDE PIM. Broken and unreliable search was one of the most often mentioned issues in the KMail User Survey, which we ran for the past month and a half, so I decided to tackle the problem and make our indexing and searching infrastructure fast and reliable.

The final plan consists of several phases - starting with reorganizing our current code to put related pieces of code (like email indexing and querying code) into a single place to make the code easier to maintain. This phase is already progressing and I hope to finish it within the next week. The second phase will involve moving the code that is responsible for indexing data into the backend Resources - whenever a backend retrieves an email from an IMAP server or an event from Google Calendar it will also index it and will send the index data alongside the raw data to Akonadi. Akonadi will then take care for just writing the data into the Xapian database. This will speed up indexing, reduce the IO load and will ensure that all data are reliably indexed and stored before they are presented in Kontact. The third phase will involve changing Kontact to query the index database directly, instead of asking Akonadi to do it for us. This will speed up the search and provide results faster. The final phase will focus on which data we are actually indexing. As they say - less is sometimes more - so having fewer, but better-defined data will allow us to provide better and more exact search results to the user.

Once this is settled, we can make applications to depend on the search index - for example KOrganizer will be able to query the index to only get events from e.g. December 2017 instead of fetching all events from the calendar and then figuring out if they should be displayed or not, making calendars of even the busiest people to load instantaneously.

All in all, it was an extremely productive hackfest for the PIM team and I'd again like to thank Mario, Christian and the rest of the Randa team for organizing the hackfest. You guys rock!

And remember, you can still donate to the Randa fundraiser to make future productive sprints possible!

The main goal for me and Volker for this year Randa Meeting was to port KCalCore, our calendaring library, away from KDateTime. KDateTime/KTimeZone are classes for handling date, time and time zones which were used back in the KDE4 (and earlier) days when Qt's QDateTime wasn't good enough for us, mainly due to missing time zone support.

In Qt5 QDateTime finally gained all the necessary features we need which made it possible for us to leave KDateTime behind. But we couldn't just go and replace "K" with "Q" everywhere - there are many subtle (and not-so-subtle) differences in API, behavior and some missing features of QDateTime that required us to carefully consider each step. The fact that we started working on this over 2 years ago shows how challenging task this was.

We did not expect to finish the port here, but once we dived into it, things went fairly well and I'm glad to say that after four days of intensive hacking, surrounded by Swiss Alps and mountains of chocolate, we succeeded. KCalCore is now free of KDateTime and KTimeZone and that in turn made (after some minor adjustments) the rest of KDE PIM free of KDELibs4Support. That's a huge milestone for us.

Many thanks to John Layt for laying the initial ground for the porting and to Mario and Christian for the steady stream of chocolate and sweets to soothe our nerves :-)

If you want to help us to continue improving Kontact and other parts of KDE, please donate to the Randa fundraiser so that we can continue organizing similar productive sprints in the future. Thank you!

Randa Meetings is an annual meeting of KDE developers in a small village in Swiss Alps. The Randa Meetings is the most productive event I ever attended (since there's nothing much else to do but hack from morning until night and eat Mario's chocolate :-)) and it's very focused - this year main topic is making KDE more accessible.

Several KDE PIM developers will be present as well - and while we will certainly want to hear other's input regarding accessibility of Kontact, our main goal in Randa will be to port away from KDateTime (the KDE4 way of handling date and time in software) to QDateTime (the Qt way of handling date and time). This does not sound very interesting, but it's a very important step for us, as afterward, we will finally be free of all legacy KDE4 code. It is no simple task, but we are confident we can finish the port during the hackfest. If everything goes smoothly, we might even have time for some more cool improvements and fixes in Kontact ;-)

I will also close the KMail User Survey right before the Randa meetings so that we can go over the results and analyze them. So, if you haven't answered the KMail User Survey yet, please do so now and help spread the word! There are still 3 more weeks left to collect as many answers as possible. After Randa, I will be posting a series of blog posts regarding results of the survey.

And finally, please support the Randa Meetings by contributing to our fundraiser - the hackfest can only happen thanks to your support!

You can read reports from my previous adventures in Randa Meetings in 2014 and 2015 here:

The first release of KDE PIM based on KDE Frameworks 5 and Qt 5, which will be part of the KDE Applications 15.08 release, is getting closer and closer. Except for porting the entire suite from Qt 4 to Qt 5 the team also managed to fix many bugs, add a few new features and do some pretty big performance and memory optimizations. And we already have some new improvements and optimizations stacked in the development branch which will be released in December!

The biggest performance improvement is thanks to switching to a faster implementation of the communication protocol used by applications to talk to the Akonadi server. We also extended the protocol and we can now use it to send change notifications from the Akonadi server to clients much more effectively than previously. Additionally we started cleaning up API of our libraries and improving it in a way that allows for safer and more effective use. None of this was possible in the KDE 4 version of KDE PIM, where we promised API and ABI compatibility with previous releases. For now we decided not to give any such promises for several more releases, so that we can tune the API and functionality even more.

During Akademy the KDE PIM team had a very long session where we analyzed where the project currently stands and we created a vision of where we want KDE PIM to be in the future. We know what parts we want to focus on more now and which parts are less relevant to us. KDE PIM is a huge and rather complicated project, unfortunately the development team is very small and so we have to make the hard and painful decision to lay off some of the features and functionality in exchange for improvement in reliability and user experience of the core parts of the product.

In order to make these decisions the team is going to meet again in couple weeks in Randa alongside many other KDE contributors and projects and will spend there a whole week. During the sprint we want to take a close look at all the parts and evaluate what to do with them as well as plan how to proceed towards Akonadi Next - the new version of Akonadi, which has some major changes in architecture and overall design (see the Christian's talk from Akademy about Akonadi Next).

However organizing such sprint is not easy and so we would like to ask for your support by donating to the KDE Sprints Fundraiser. Although the attendees cover some of the costs themselves, there are still expenses like travel and accommodation that need to be covered. This year the Fundraiser has been extended so that the collected money will also be used to support additional KDE sprints throughout the year. 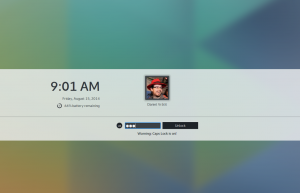